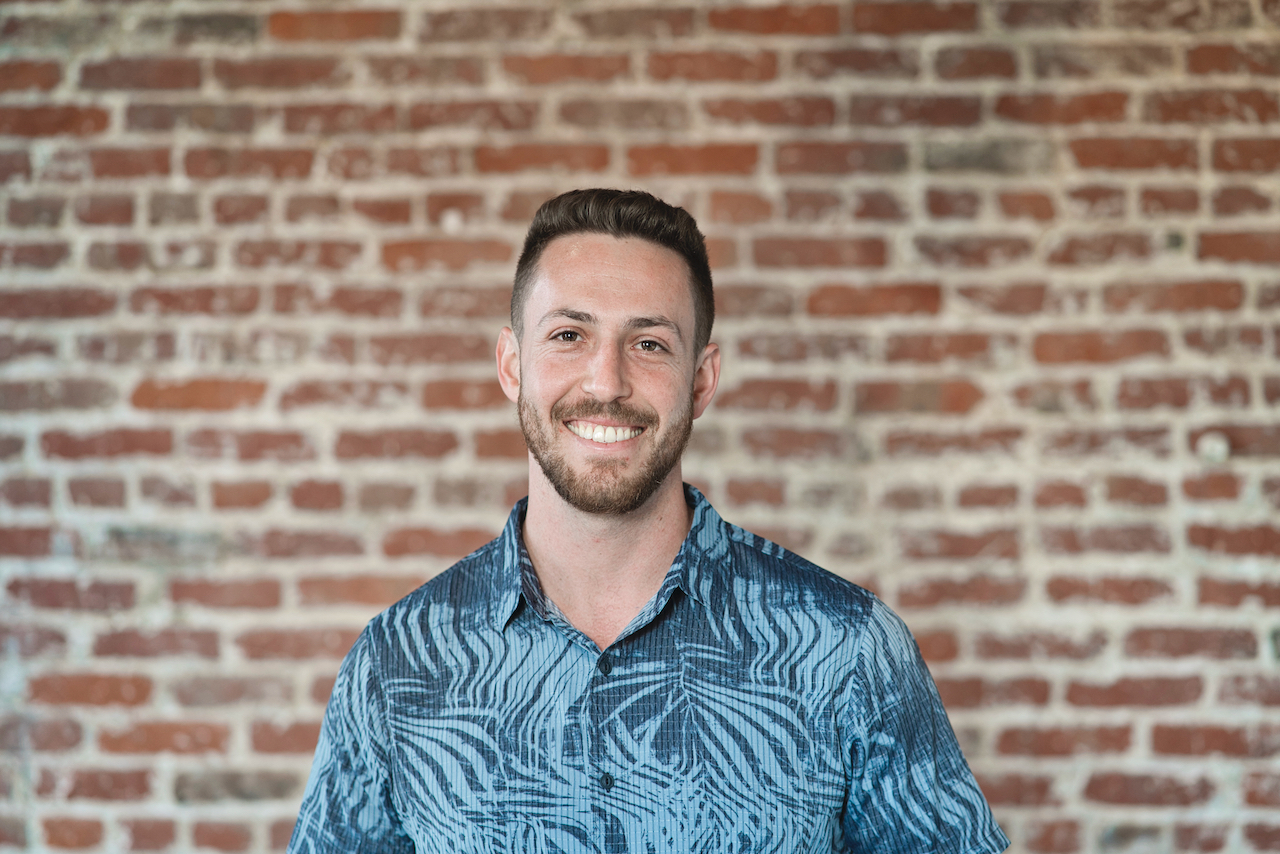 Static Site Generation and its three-letter acronym derivatives* have revolutionized modern web development by giving end users incredibly fast page speeds. Read on to learn how lightning fast websites are built and how to avoid pitfalls in today's build-heavy world.

Static Site Generation and its three-letter acronym derivatives* have revolutionized modern web development by giving end users incredibly fast page speeds. Read on to learn how lightning fast websites are built and how to avoid pitfalls in today's build-heavy world.

Web development has grown into something unrecognizable from its inception. Instead of hosting your own server, web developers don't host or even pay for their own server. Sending static files to the server via FTP is ancient history. None of the files we write as web developers are truly static anymore; instead we have a build step that generates files into something incoherent to the human reader. This blog post will cover the good, the bad, and some tips to navigate this new era of compilation in web development using a Static Site Generator and a host for the statically generated site.

There are a variety of options for choosing a Static Site Generator and a host for your site. For reference, I will list some options below, but for the purposes of this blog post I will refer to Gatsby hosted on Netlify, as that's what we use for this site!

Your website 'build' does a lot of really awesome things, all of which are meant to deliver a more performant website and drive better user experience. While each build varies between companies and developers, there are a few standard optimizations that SSGs like Gatsby do automatically. Optimizations such as:

SSGs also automatically solve issues for you, ones that are inherently annoying and/or not directly related to building your site. By solving these problems for developers, we are able to spend more of our time building out product features and styles for our site, A.K.A. what we all would much rather do than configuration :). A few of these problems automatically solved for us are:

Lastly, using SSGs also opens the door for optional plugins and libraries designed for those SSGs. There are many plugins on Netlify that are incredibly easy to install and set up, oftentimes just one-click installs. Some helpful ones from Netlify include:

There are many more plugins from Netlify as well, and as you can tell they do some magic to make the household chores of web development disappear. I highly encourage checking out the rest of the plugins from Netlify (and Gatsby's plugins too) to see what is possible. There is one huge downside to adding plugins: increasing your build time, the real reason we're writing this blog post.

Before I get into the dark side of SSGs & build times, let me come out and say, unequivocally, longer build times are worth it for your site to perform exceptionally well. While all the reasons below are painful, the magic that happens during build time greatly outweighs that pain.

There are 3 main pain points behind build times:

Besides the fact you are sitting around waiting for a build to complete, with long build times you are also destroying the immediate feedback loop that most developers enjoy nowadays with things like Hot Module Replacement. Most development happens locally, but for times where you need to test a live site, do you really want to wait more than 5 minutes to see how things went? Netlify's default timeout is 15 minutes, and if you are waiting that long just for a timeout to occur, you are not getting much done that day.

Building your site from Gatsby takes computing resources: a server needs to run the build process and memory needs to be allocated. A 45-minute build certainly beats running your own server 24/7, but Netlify charges by build minute. Those 45-minute builds will add up quickly, especially compared to <10 or <5 minute builds.

Build timeouts and wasting resources are two reasons that go hand in hand. Timeouts are there specifically for preventing excessive resource usage and so you don't get charged 10x what you normally pay when your deploy is accidentally stuck in an infinite loop.

But doesn't that make timeouts a good thing? Yes. Except in the case where your site doesn't loop infinitely (I hope most of the time) and you are in a time crunch to get features out. Local development with SSGs like Gatsby relaxes the optimizations so you can develop faster. It's likely you made lots of changes that worked locally, only for the build to timeout when deploying to production. Incredibly frustrating and potentially release-ruining, yet build timeouts are still helpful and critical to have.

Now let's dive into actually resolving the issue of long builds. This blog post was inspired by an urgent need to reduce our build time for this very site (useanvil.com), and all the tips below were the things we did to reduce our bloated build time from 55+ minutes down to <5 minutes, plus some others we might do in the future.

Before you significantly change any configuration, code, or assets, review your codebase and site and remove dead code.

Part of the magic that Gatsby provides is creating a page template for pages like blog posts, documentation, and other article-based pages. Then, you supply the data for each article (usually in Markdown) and Gatsby builds each page with that template. So it might seem like removing 1 JS file and a few lines of code won't make a big difference, but in reality that could be tens, hundreds or even thousands of pages that are built statically.

In our case, we removed an outdated template of the site and all the articles with it. A 1-minute change in our codebase yielded a 15+ minute build time reduction, from 55+ minutes to ~40 minutes.

We had caching enabled with this deprecated plugin already, but we did upgrade to the Essential Gatsby Plugin. Since we already had caching enabled, there wasn't a huge improvement in build times. But if your site is image heavy, your build time will be dramatically reduced after the first build to load the cache with pages and assets.

I'm not talking about gzipping your images to be sent to the client when they visit your site. Gatsby (and all the other SSG's) take care of that for you.

Using trimage, a cross platform lossless image compression tool, we reduced the images for ~120 different articles, totalling 20MB+ reduced. We can squeeze more out of our images if we use lossy compression, and run it on all images on our site. But in the short term we targeted the heavy hitters on our article-based pages.

I'd like to highlight that for this blog post and to meet our deadline, I only ran the compression tool on 2 directories with ~120 articles worth of images. To prevent us from getting into a build time hole again, I've set up the following bash script in a GitHub action, so we automatically compress png and jpg files as pull requests come in:

compress-images.sh: bash script to compress all images in a given directory

Besides running trimage on all files, the script also uses a tool called exiftool that adds a meta flag to the compressed image. This is so we don't run trimage again on already compressed files. This doesn't have any impact on the build time for Gatsby/Netlify (the one this blog post is on), but this will save immense time (I'm talking hours, especially if your project has a lot of images) on pull requests that run this GitHub Action by avoiding compressing images twice.

Here's a video I sped up of MBs dropping as I ran the above script with trimage and exiftool, something to the delight of developers everywhere:

First 1/4 of all files in src. You'll notice that it hangs around 106.4MB (and actually slightly goes higher in bytes). That is because the script is running on all files in src, including the blog-posts I already ran trimage on ad-hoc. The slight bump in bytes is exiftool adding the compression flag to metadata on the image.

Query only for what you need

Enabling the upgraded Essential Gatsby plugin, compressing ~120 pages worth of images, and removing fields from GraphQL queries brought the build time down by another ~15 minutes, from ~40 minutes to ~25 minutes.

Keep up to date with package versions

This just in: technology gets better with time. It's true! Just like how the Mesopotamians invented the wheel to revolutionize their lives, we upgraded Gatsby from v2.x to v3.x (3.14.1 to be specific) and upgraded to the latest versions of our plugins which revolutionized our build time by another ~15 minutes! Just by upgrading major versions, we went from ~25 minutes to ~10 minutes.

Image compression on all the things

The above section was aimed at the first pass on our biggest directories of images. The second time around, running on our entire src directory, got us down from ~10 minutes to ~6m minutes.

The last hurdle is actually one we have yet to deploy to this site—I'm still playing around with the configuration, but using Gatsby's "experimental" flags has our site building in <5 minutes locally & in test environments. The ones I'm currently using and testing:

Extra stuff we didn't do (yet)

Gatsby has an entire page dedicated to all the different ways they recommend improving your build performance, which you can find here. The steps I've taken in this blog post and what Gatsby recommends are great ways to reduce your build time, but they are not the only ways! If you exhaust both lists, think outside the box about how you can effectively improve your build and site performance.

There are two actions from the Gatsby recommendations that I like:

One problem we did run into while hitting our timeout was Node running out of memory. We likely hit this problem since we pushed a lot of changes all at once. In reality this isn't a Gatsby problem, more of a Node problem. It just happens to affect a lot of Gatsby users, as you can find the issue and solution here.

So, if you run into something similar and get a stack trace like this while trying to build:

For Netlify users, that means doing one of the following (based on how you configure your project):

Believe it or not, sub minute build times do exist. And for sites with an immense number of pages too. The easiest way to get there is to throw more computing power at it: Gatsby even mentions it as one of their tips to reduce build time. But for most of us, we don't have infinite compute resources at our disposal, and as we learned earlier we want to save some power and money!

I hope you learned something in this post, so you take heed and avoid your build timeout in advance of your big releases. Continue on for that sub minute build time, and even if it doesn't come today—remember that technology is getting better and more efficient everyday. If you have any questions or want to share your build optimization tips, let us know at developers@useanvil.com.

*derivatives (none of which are the topic of this blog post) such as:
View allView all articles